Savoy Cabbage with Pancetta and Fontina 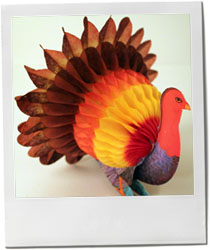 As Thanksgiving accelerates towards us my friends react in different ways to the concept of spending highly charged time with family and in-laws.

There’s Lizzy who last year was subjected to rounds ofÂ competitiveÂ Apples for Apples and wink murder with J’s family, but who, turn and turn about, is getting Thanksgiving with her family this year, and is looking forward to sleeping and watching football.

Then there’s Grace, who is hosting Thanksgiving for the first time, for a selection of her family and her boyfriends’ family – indeed, this will be the first time that the two sets of parents have met. She’s bought everything on order from WholeFoods and the mothers are bringing pies. There will also be cocktails. It Will be fine.

And there’s Simon, who will be going to Abigale’s family for the first time, rather than them separating and being with their own families for the holiday. Of course, everyone has taken this stance as a prelude to marriage, and Abigale’s mother put the catÂ amongÂ the pigeons somewhat by mailing her daughter a wedding brochure from a local heritage inn. The other catch? Her family is vegetarian. “No Turkey” wailed Simon. “That’s just Not right!”

Now I would miss turkey if there were none for Christmas or Thanksgiving, but I’ll admit it, I’m mainly interested in the side dishes. The roasted squash. The sweet potato puree. The mash, the roast potatoes. The cranberry relish, the stuffing – actually, honestly, I almost prefer my leftovers sandwich more than the dinner itself – it’s a close run thing.

I’ve written about side dishes before – mostly very traditional ones. But this year, branching out, I’m putting something green on the table along with the beans.

Years ago when I lived in London I entered and did not win a competition to write a film script based on the theme Paris Noir.Â In retrospect perhaps that’s not too surprising â€“ my story was mostly about teenage girls who murdered each other â€“ a kind of Heathers en Francais.Â What is surprising is that I was a runner up enough to warrant an invite to lunch at the River CafÃ© to celebrate the achievement of the winner. With a side order ofÂ jealousyÂ and bitterness, naturally. But even so, this was an unexpected perk.

I ate a risotto with savoy cabbage and pancetta, and the taste memory has stayed with me ever since.

Brussels sprouts are the usual green side dish in my family whenever Turkey makes an appearance, and of course you could swap out the cabbage for sprouts here and no hard feelings. Kale is also good cooked this way, and slightly less polarizing among guests. But I have a soft spot for cabbage and so does my husband whose Father grew them in the back garden, so thatâ€™s what Iâ€™m making as one of our Thanksgiving sides.