This Dinner Will Get You Laid – lobster rolls, superstitions and summer affirmations 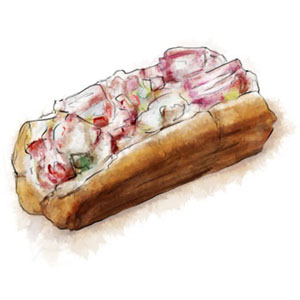 This fascinating nugget of information comes via a local news sheet that I picked up on a weekend holiday in Rockport: Bananas are terrible terrible luck on lobster boats.

It’s best not to even speak of them, let alone bring one aboard for a mid morning snack. Why? Well, there are a couple of theories that kinda make sense I suppose.

Bananas have to be shipped quickly. Boats that race on the wind don’t have time to set and raise lobster pots.

Bananas are shipped in crates. Crates of bananas make a great home for poisonous biting spiders. Being bitten by a deadly spider pretty much ensures that you’re not going to be catching any lobsters.

But really, it’s just one of those things. A basic rule of life. No bananas on lobster boats. 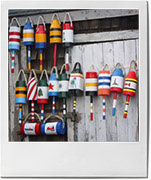 Sitting on a bench outside a clam shack eating a lobster roll and watching the waves lap the rocks on the beach below, it felt as though the summer would last forever. But now, with September on the horizon and Fall fashions in all the shop windows in Soho, a slight panic overtakes me.

Making lobster rolls is laughably easy if you can buy lobster already cooked – better still, cooked and chopped into chunks for you. But cooking your own shouldn’t make this a deal breaker.

I buy lobster tails from Whole Foods, about 2 per person, then I drop them into a pot of salted boiling water and cook for about 7 minutes by which time the shell is bright pink. Dunk into ice water to stop the cooking, pull out the meat and proceed.

If you’re using uncooked whole lobster, you need about 4 lb of lobster to get 1 lb of cooked meat. Kill the lobster by cutting into its head between the feelers with a sharp knife, then drop into salted boiling water for 8 – 10 mins until pink and cooked. Dunk into ice water to stop the cooking. Crack and take out the meat. 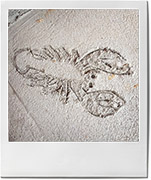 This entry was posted in This Dinner Will Get You Laid and tagged celery, lobster, lobster roll, sandwich, scallion, summer. Bookmark the permalink.