It was my birthday this weekend, and I celebrated with duck and pancakes with a side order of good friends down in Chinatown followed by champagne and cheesecake at home. 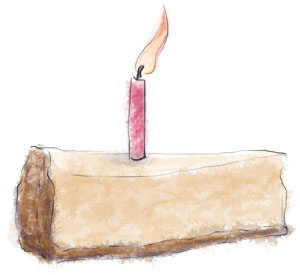 Now don’t get me wrong, I love cake cake, and I’m happy to eat it whenever the occasion arises, but when I get to call the shots, cheesecake is my celebratory mouthful of choice.

This no bake version of cheesecake is pretty easy to put together – especially if you have a mixer – more assembly than cooking really. It’s not exactly the cheesecake of my childhood – I remember ones at Methodist Church parties with mandarin orange toppings and dense digestive bases – and it’s not exactly the cheesecake that I go out to eat in New York – baked, vanilla, Katz if I’m choosing, Carnegie Deli if Jon’s choosing – but, poised somewhere between: like me,  I suppose.

For the toffee apple sauce