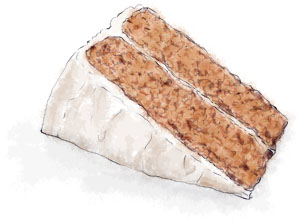 My justification, if any were needed, is that I’m using up the vegetable box, which, by reason of us getting the family-sized one delivered by mistake, seems to be taking up half of the kitchen. This cake used up a slightly disappointing 4 of our dozen carrots, but it’s a step in the right direction. 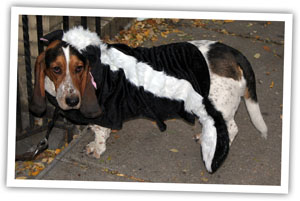 And, truth be told, I’ve been yearning for carrot cake since Halloween, when I sat next to a woman eating a particularly delicious looking slice in a café, while next to us, a dog languished chained to the railing, dressed as a skunk. It was looking profoundly unhappy, as well it might, but cheered up no end when she dropped a piece on the floor and it snaffled it up.

I can only hope there’s not a metaphor in that.

This entry was posted in The Monday Treat and tagged cake, carrot, dessert, frosting, icing, vegetarian. Bookmark the permalink.