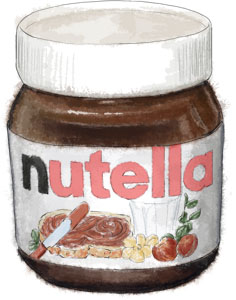 Have you heard about the phenomenon of Valentines break ups?

The office is a buzz with the topic, since we have in our midst a Valentine break up candidate in a moral dilemma.

He’s known for a few weeks now that his relationship isn’t going anywhere. And he’ll have to man up and do it and tell her. But thus far, courage has eluded him. This presents a problem;

Is it better to break up with a girl leaving her single and alone on Valentines, or lie to her and celebrate Valentines, then do a 180 and dump her a few days later?

This moral quagmire is more widespread than I had previously been aware – two girls in the office had been broken up with within a 48 hour time period of V-day, one had been stranded with reservations at Pastis that she’d booked months in advance and ended up taking her brother, the other was stunned to be dumped a mere week after she’d been given overcompensating guilt gifts of two dozen red roses and a card with a teddy on it.

If you’re in a relationship, you don’t have any feeling whatsoever that it might be ending sometime soon, and you’re planning to cook something for your loved one, you might prefer any of these posts: Valentines cocktails, Valentines menus, 10 things to do with a heart shaped cutter and breakfasts in bed.

But if you’re newly single and feeling in need of solitary sofa-bound comfort, can I suggest this Nutella Bread Pudding?

8 slices of slightly stale white bread (old brioche is good, sour dough gives a nice chewy texture, and croissants are awesome too. The fresher the bread is, the less time it should sit in the custard before being baked or it will go a bit claggy)