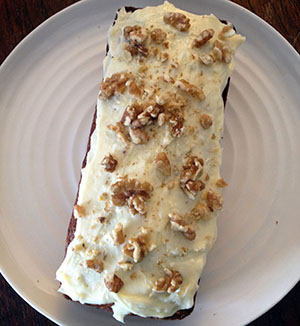 So Iâ€™d heard that the Merchantâ€™s House Museum did candle lit tours, and I persuaded Katherine and Duncan to come with us and meet my sister, over from London for the weekend. Jon navigated the website and got the not-as-cheap-as-youâ€™d-ideally-like tickets, and we were off.

First of all, we sat in the dark and watched a video from the 80s about a guy who runs an occult website and thinks the place is haunted. He sets up recording devices by night, then listens to them in super loud amplification to see if he can hear the ghosts communicating. Mostly, we heard static, which, Could Not Necessarily Be Explained.

Then our deadpan guide led us upstairs to a bedroom where a rich person lived a long and fulfilled family life, then died in their bed of old age.

This is not the stuff of which great Ghost Stories are made.

â€œMany children were born in this very room,â€ intoned the guide. â€œInfant mortality rates were very high, and though thereâ€™s no record of any child being born in this room and not surviving, maybe records of births were not so accurate, and thereâ€™s a chance a baby or indeed an infant may well have died where you are standing today.â€

Duncan is a fellow Brit, Sarah and I have memories of relatives almost as old as the house, and Jon was brought up in a farm house that features in the Doomsday book, so a lot of the ancient mystical horror and foreboding was lost on us. We couldnâ€™t help by feel sorry for the guide, who was trying her best to scare up some shivers.

â€œSometimes, people have said that they heard piano music drifting down from the music room as though played by ghostly hands. And the piano Has Not Been In Working Order For Years!â€

â€œWe should come back at night and shout spooky things up at the windows so the ghost hunters have something to listen to on their recordings,â€ suggested Sarah.

â€œOr,â€ said Duncan, â€œHow about we just whisper really mundane things, the kind of things the ghosts really would be most likely to say, in a really spooky voice like â€œremember to pick up milk on your way out,â€ or â€œhow about them Yankees,â€ or “pass me the cake.”â€