A T-bone steak is perfect for sharing, with its tender fillet on one side and tasty strip on the other. This recipe first appeared in the post on engagement, Paris and the danger of rings dropped from great heights 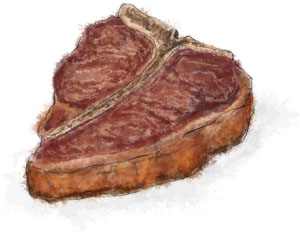 2 Responses to Steak and Creamed Spinach