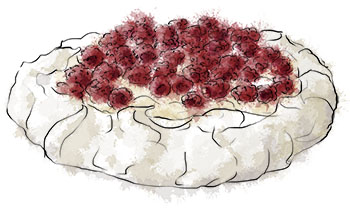 The old oven finally passed on. But in true rage against the dying of the light style, tried to take us with it if it could, spewing gas relentlessly out of the burners and eventually having to be shut off at the wall and dragged away in a shower of rust by Caesar and Manny.

And so a new oven arrived, all white and shiny and eager to please. So eager to please in fact that it clicked its pilot light on for no apparent reason intermittently throughout the night.

â€œIt keeps clicking,â€ I said as Caesar and Manny watched the oven skeptically waiting for something to happen.

â€œIt clicks.â€ I said. â€œIt clicked all night. It kept us awake. Thatâ€™s not right, is it? Itâ€™s not supposed to click all the time is it?â€

â€œYou mean, clicking like itâ€™s not doing now,â€ noted Caesar, the comedian of the two.

â€œNo. We just came off our break.â€

Caesar sighed. â€œOK, well, we can put in a request for a new oven, but these things can take some time â€¦â€

At which point the oven clicked and turned on the front two burners.

â€œIâ€™ll get the trolleyâ€ said Manny.

Half an hour later, they came back with a new oven.

Nothing puts an oven through its paces like a pavlova. The differences in individual ovensâ€™ ideas of 250f is so enormous, and the difference that a fan makes, or the position of a shelf makes can be marked. A pavlova is where these individual quirks come to light, and where they can be accommodated.

The first pav is always something of an experiment in timing and especially in temperature (too hot and itâ€™s going to take on a cream shade rather than stark white). But once you know how to make a pav in your oven, itâ€™s one of the easiest and most delicious deserts in existence.

So the first time, make notes. If the pav browns, the heat is too high. Turn it down. Cook it for longer, write down what you did. My old fan oven easily cooked a pav in an hour. My last oven took longer. Also, that oven had strange uneven heat, so my solution was to turn the pav around every 15 mins or so.

If your first pav doesn’t wok out quite the way you’d like, crumble the meringue, stir into whipped cream and fruit and call it Eton mess. 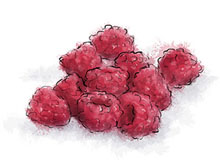 This entry was posted in The Monday Treat and tagged cream, egg, pavlova, raspberries, vegetarian. Bookmark the permalink.