The week the power went out

It was impossible to imagine it a week ago when my parents and sister arrived in New York for a holiday. We’d heard the warnings of course, stocked up with water, hunkered down. But the threat was intangible. Theoretical. And then the power went out. 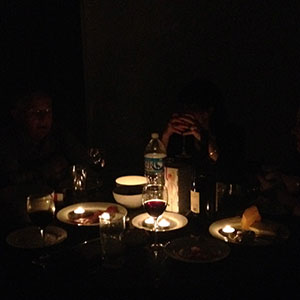 It was dramatic, sure, but even then, we didn’t begin to understand what had happened. We lit tea lights. We drank wine. We went to bed. Lights on tomorrow, we assumed. Then back to business as usual.

Morning dawned. No lights. No internet. No tv. Disconnected from the world, we boiled water for washing. Jon filtered coffee through paper towels. We headed out into a city tangled with broken branches and debris. 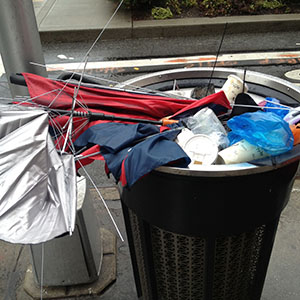 40 blocks north, the Upper West Side was glowing with light. Hilary and Jeremy settled us on the sofa with scrambled eggs and mugs of tea and we watched the news for the first time. We walked along the park and took pictures of the crane dangling from the city’s most expensive real estate. But even as the scale of the disaster began to gradually sink in, we still couldn’t quite believe it. The power will come on tonight, we thought. Even when we heard the prediction of 4 days, it didn’t compute. 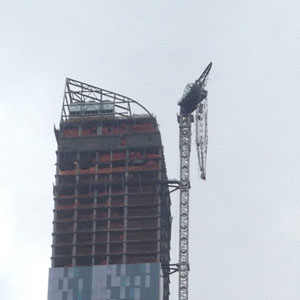 But as the blackout continued, life settled into a strange tale of two cities. Every morning we’d light candles, boil up pans of water, then head North where museums were open, coffee shops were open, the Philharmonic was playing at Lincoln Centre, sushi restaurants were open for Godsakes. Then back South in increasingly hard to find cabs, getting closer and closer to the darkness that cut through the city like a wall. Into the eerily silent streets, into the building, up the stairs in pale blue phone light, into the apartment to light candles, and head to bed.

As the days drew on we felt increasingly lucky – for the water, which suddenly seemed like the greatest perk of all, for not being up a million stairs, for having the good health and resources that meant we could still access the warmth and power of the other city, for our friends who offered us showers and sofas in the light.

And the family holiday refocused. Away from the things we could do and see, and onto the experience of being together – ideally in places with heating. Chatting over coffee entertained us for hours. Dinner lasted until bedtime.

I think that I probably overuse the word incongruous. But that’s the word for this experience. We lit the blackout with scented candles and Kate Spade candle sticks (“I KNEW we should have bought torches” – Jon).

We were sitting in the very delightful and well lit Arte Café on 73rd street eating pasta and drinking wine as though nothing dramatic had occurred, when we heard the rumor: the lights are coming on. Driving South in the cab we counted down the blocks – still light at 25th street, still light at 22nd. 7th Ave lit up for the first time in days. 3 hours after getting power back, the leather bondage shop was open for business, closer and closer – our block, the bodega on the corner, the apartment building next door. There were lights all around us, but, disappointingly, we were still in darkness. Until 4am, when the fridge gurgled, and power surged back.

We awoke to a different world. News again. Internet again. The kettle boiled. The shower pumped out hot water. The bathroom light worked. For the first time in a week Mum could see to put her contact lenses in without needing to use the torch on Jon’s iPhone. We drank mugs of properly filtered coffee. 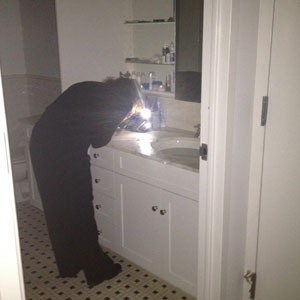 We were and are so lucky. Sandy was an inconvenience to us. And to look at the destruction out in the Rockaways, on Staten Island, over in New Jersey, I’m reminded over and over how fragile our lives can be, and how connected we all are to each other. My heart goes out to all the people whose lives have been devastated by the hurricane. If you’d like to do something to help, you can make a donation to the Red Cross here. 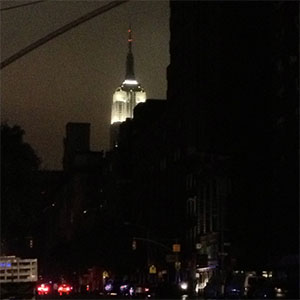 2 Responses to The week the power went out