These make a lovely hostess gift – I’ve been giving them to friends wrapped in cellophane bags and tied with some off-cuts of orange velvet ribbon that Bob the costume guy gave me (in return for a bag of cookies). They make the apartment smell more Thanksgiving-ish than any scented candle, they take five minutes to make and ten minutes to bake. 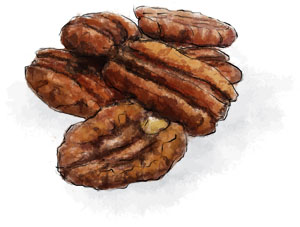 This recipe originally appeared along with the tale of my first Thanksgiving in New York and the 3 Thanksgiving dinners.