Restorative, quick and easy Chicken Stew with Feta and Kale – Kale, the panacea of health.

Suited-Guy – My daughter is a crazy person. Totally Bat Shit.

Younger Suited-Guy â€“ Really? How so?

Suited Guy â€“ Yeah. Baby food. Sheâ€™s trying to get me to be healthy. Sheâ€™s a health nut. Sheâ€™s eating jars of baby food because she runs marathons and all that shit. So now I gotta eat it too? No way am I eating that shit. I’m telling you. I’m not eating no Goddamn baby food.

Suited Guy â€“ She says, with all the rich food around the holiday, itâ€™s good for the digestion. Baby Food! I kid you not. See. Take a look at this.

Younger Suited Guy â€“ No. Itâ€™s a vegetable. At least, I think so.

Suited Guy â€“ So I should eat it? Sheâ€™s probably got a point. 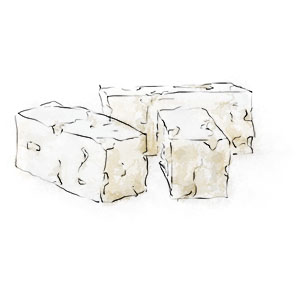 Stew in half an hour. Totally possible. You can add more water and a handful of ditalini pasta to make it minestrone soup, or serve it thick and delicious as it is with bread. This is the kind of gentle, comforting food you want to eat for dinner the day you finished up the New Year Eve party leftovers and ate chocolate rum trifle for breakfast.

The lemon and feta give it a tangy kick.Â Plus anything with kale just feels like it has to be doing you some good.

This entry was posted in Uncategorized and tagged health, kale. Bookmark the permalink.

2 Responses to Restorative, quick and easy Chicken Stew with Feta and Kale – Kale, the panacea of health.