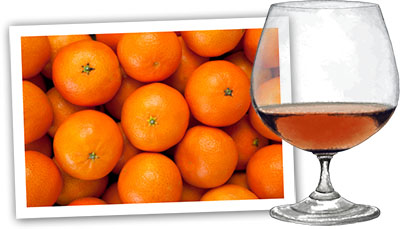 Due to deliberately not bringing appropriate footwear to go on bracing walks, I was able to stay in by the Aga and bake and listen to the radio and chat to Jonâ€™s mother about her plans and hopes for the new year. We drank tea, and nested.

Christmas is busy, but to be able to take five minutes out of the bustle with a piece of cake and a cup of tea â€“ or, better still, a glass of brandy, and to feel peaceful and grateful, well, not to get too hallmark card about it, thatâ€™s what the seasonâ€™s all about isnâ€™t it?

This cake comes from a Nigella Lawson recipe, and Iâ€™ve been making it repeatedly since I discovered it because thereâ€™s something incredibly satisfying about boiling whole fruit, processing them to bits then turning them into a baked good. It just seems so unlikely.

I also have a friend who doesnâ€™t eat dairy, so I make this for her birthday, which, luckily, falls at the beginning of January when thereâ€™s something of a glut of clementines, tangerines and even â€“ and it was delicious, though a bit more sour â€“ Seville oranges.

I confess that if I canâ€™t find seedless clementines, and often I canâ€™t, I use tangerines. Nigella suggests de-seeding the fruit before chopping, but poking around in orange goo seems less than joyful to me, so I avoid it where possible.

I also cook my cake for less time than she indicates â€“ maybe I just prefer my cakes a little more dense and moist, or maybe Iâ€™ve had contrary ovens. Who can say. 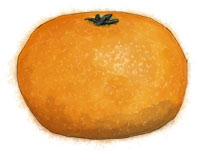 I left my cake plain, but Nigella suggests dusting with icing sugar, and I used to make a version with a glaze made out of confectioners sugar (icing sugar) and orange juice, but I now think itâ€™s a bit sweet.

Nigella recommends eating the cake a day later â€“ mine was gone in an hour.