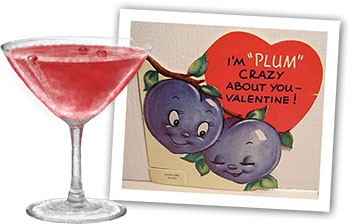 Mostly, being footloose and fancy free in the city can be a lot of fun, but then Christmas, or New Years, or your younger brotherâ€™s engagement party comes along and knocks some of the joir de vivre out of it.

Sara, whoâ€™s not been feeling the reveling-in-my-freedom-in-this-urban-paradise vibe for a while now, has felt each one of these dates keenly; even more so since she counted up the days in her diary since the last time she waxed for the benefit of company, and found the number to be unconscionably large.

You see, Sara inadvertently picked up a man over Christmas at the office Christmas party after party. He seemed like a good guy. He slept on the sofa and made her breakfast. Then she called him, and he prevaricated. And he called her, and they went on a date. Then he prevaricated before calling her, so she prevaricated before calling him, and then he asked her out on Saturday night. Which would seem like a good sign. Only heâ€™s taking her to a Screw Valentines Singles party in Williamsburg where his friend is DJ-ing.

Thereâ€™s nothing to misconstrue about these cocktails, however. Theyâ€™re pink, theyâ€™re girly, theyâ€™re Valentines-y. The perfect set up to an evening of assault by the slings and (Cupidâ€™s) arrows of outrageous fortune.

Of course, the cosmopolitan has to be right up there on the list â€“ itâ€™s a little over exposed, for sure, but thatâ€™s not traditionally a problem on Valentines day. 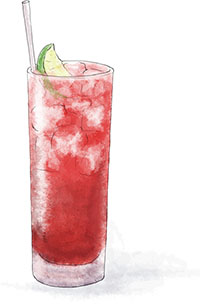 But a seabreeze comes a close second â€“ the grapefruit gives it a refreshing kick â€“ especially if you squeeze your own.

Can champagne be improved upon? Itâ€™s a worthy debate, and weighing in on the side of Yes would be this floral and girly Rose Scented 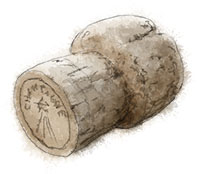