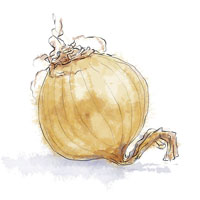 1 large onion
1 stick of celery
1 carrot
3 cloves of garlic (1 fat clove for 2)
1 bay leaf
6 cups great quality beef mince – when youâ€™re buying it in the shop you can eyeball it by guesstimating about 6 full cupped hands. (For 2 guesstimate about 2 cups)
1 bottle of wine (1/2 bottle for 2)
1 large can of tomatoes
1 tsp sugar
1 tbsp butter
1 clove of garlic
2 tsp chili flakes

Youâ€™ve made chili, now mix things up a bit

Layer a round baking dish with a fajita wrap, then some chili, grated cheese, chopped jalapenos, canned corn, then another fajita. Repeat until the dish is full. Top with grated cheese and bake in the oven for 20 mins (if the chili is hot)Â  -Â  40 mins (if itâ€™s starting out cold) at 400

Bake the potatoes for an hour and a half until cooked through. Cut in half then hollow out the insides with a spoon. Mix the soft potato and the chilli with plenty of grated mozzarella cheese (keep the mozzarella in the fridge until the last minute â€“ the colder it is, the easier it is to grate). Rub the skins with oil and salt, then fill them with the chili mixture and top with more cheese. Bake at 350 for 20 – 30 mins until golden and crunchy

For spicy shepherdâ€™s pie, leave the chili as it is, for a more traditional version (though, since this is made with beef rather than lamb, itâ€™s technically Cottage Pie) leave out the chili and top with plain mash.

This recipe originally appeared in preparation for the Super Bowl.