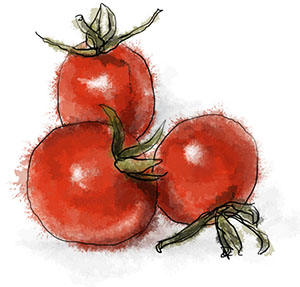 Itâ€™s been hot in New York. Did I mention it before? But as temperatures return to a more normal range (really hot, rather than really too hot) the affects of the weather on my friends is coming to light.

Laura ordered a shop-sized box of popsicles off the internet and has nothing else at all in her freezer (it looks awesome). Then thereâ€™s Ian, who took part in a sponsored cycle, got a touch over heated, tripped over the pedals as he dismounted, caught his fall on a bench and sprained his wrist. Itâ€™s in a splint. Amazing Grace bought a white cotton dress, wore it to a party, then discovered that in every Facebook photo of her, her underwear is clearly visible.

People have been getting hot and bothered in other ways too â€“ Sara went out for a date (sadly, no chemistry) with a guy who bought her a frozen margarita in a bar and sent it to her with a note on the napkin reading â€œhot night, hot girlâ€. (â€œItâ€™s a good line. Cheesy, sure, but good,â€ she explained â€œI donâ€™t really know what I was thinking. He was wearing a sun visor.â€) And then thereâ€™s Ella, who exchanged flirtatious glances with a man riding the up escalator at 34th street while she was going down. As she congratulated herself on her bravery and sex-goddess-ness, she noticed that he had in fact been flirting with the topless man two steps behind and she had been making come hither eyes into a vacuum.

As the heat wave in New York subsides â€“ for the summer? Too much to hope? â€“ back out on the balcony, there are winners and losers. The sweetpeas are a brown crunchy tangle. The sunflowers wilt and fade. Meanwhile, the mint and basil spread like a weeds, and the cherry tomatoes and chili peppers ripen and blush under the baking sun.

So I suppose this dinner is the equivalent of a store cupboard supper for me at the moment. It the kind of meal that can be put together in ten minutes while the pasta is cooking, so including boiling water time, 15 minutes after you desire dinner, you can be eating it. 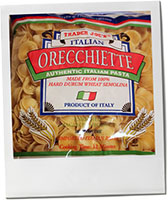 The combination of basil and tomatoes is a classic one however you spin it, and since both ingredients are at their freshest, summer best right about now, their moment has really arrived.

I have a particular soft sport of orecchiette, ever since a raucous family holiday to Puglia a few years ago, where it is the regional pasta shape. It looks like little scoops, sometimes referred to as ears. I stood fascinated watching a woman sitting at a table outside her house making it â€“ cutting a roll of dough into short disks as though she was slicing a salami, then pressing out the curve with her thumb. The scoop shape is great for cupping this fresh tomato sauce.

One Response to Orecchiette with fresh tomato sauce