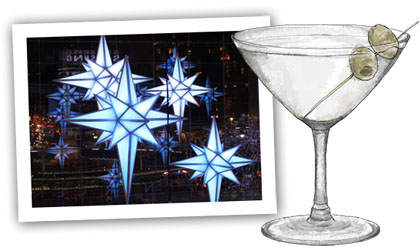 Martinis and Burgers are easily the best thing about Christmas shopping.

Before. After. Whichever. It’s all good.

Christmas shopping is in full swing in the Roberts / Knowles house hold. So far, highlights include buying stuff in one shop, then being emailed a voucher for 40% off the very next day and having to carry everything back and re-buy it out of Methodist guilt.

Godson Arthur, who in previous years has requested a Lego Pirate Ship and a Nintendo DS this year wants Wimpy Kid books, which frankly, seems a little un-ambitious. I was expecting him to ask for Arsenal season tickets or an i-pad. One or the other. 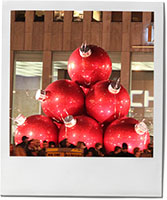 Jon and I agonize over the list. He has 8 nieces and nephews, some of whom are in South Africa, outside the reach of Amazon. The logistics come up pretty much the weekend after Thanksgiving. This year? Rings that sink to the bottom of the pool and can be dived for and collected, and ride on sharks, which seem a like a bad message to be giving to kids who live near the Great White Shark capital of the world, but that’s apparently what they want.

Off the internet and into the shops, I headed out to Marshalls and came back with a great hall of carrier bags. Lugged everything home, proud as punch. Clearly, from the weight of my purchases I had licked the shopping list. We were basically done, I told Jon. I was a shopping genius.

Victorious, I laid everything out on the bed, only to discover Iâ€™d basically bought a scented candle and a tin of peppermint bar covered pretzels.

Christmas shopping is like that. It has rules all of its own. 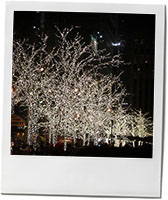 I recently heard a terrible tale of Christmas woe from a friend who last year was given some expensive but horrible perfume in a Secret Santa, and promptly re-gifted it to someone else. This year, the re-gift victim gave my friend the exact same perfume â€“ not the re-gifted bottle, but a whole brand new one, on the grounds that she must have really liked it to give it in the first place.

I recommend it.After a day of Christmas shopping, I canâ€™t help but think â€“ controversially given the subject of this blog, I know â€“ that cooking will not be a help. It’s part of our Christmas tradition now that Jon and I finish up the shopping, see the light show stars in Columbus Circle, pack for the trip back to the UK, and head out to Thalia for a burger and a martini.

You want to make a burger? This grill cheese cheeseburger will hit the spot.

Want to make a martini? This vodka one does the job, or this gin one.

You live in New York and you want to know which burgers made my list this year? This bitâ€™s for you;

This entry was posted in This Dinner Will Get You Laid and tagged burger cheesebirger, Christmas, christmasshopping, gin martini, list of burgers, martini. Bookmark the permalink.