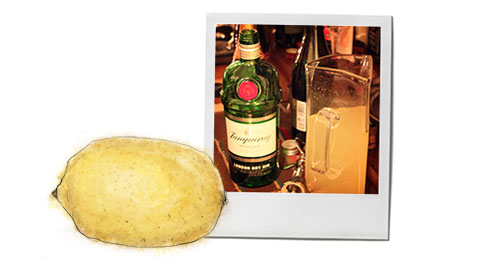 Our friends Hilary and Jeremy, inspired by Gertrude Stein’s famous Parisian artist salons, hosted a dinner where everyone had to stand up and do a turn, talk about their latest play or project, test run a new song, and generally be creative and fun.

Since Jeremy works in musical theatre, the friends that they invited were super talented artist types. Oh, and us.

Jon, physicist, had no problem deciding what his party piece should be. You know those amazing pictures from Hubble? The ones of incredible exploding stars? Well, he planned to talk about how those images are composited from infra red, visible data and x-rays, into one artistic expression of space. With slides.

I was less certain. Should I perhaps perform my mime of a woman getting into a lift and going up, then the same mime – she’s going down that time! Ha! – yeah, no, bad idea. How about bringing my interpretive dance to Wake Me Up Before You Go Go into the public eye? Nope. I would probably have to read something out loud.

Luckily, I have an English accent.

So it was a straightforward choice. To read the lyric of Sir Mixalot’s Baby Got Back, or a mosaic selection of tweets from some of the great artists and poets of our age – Snoop Dogg, Niki Manaj and 50 Cent.

This is what I ended up doing.

And I will make a cup of tea for the first person to guess who wrote which tweet.

Shit, I should run America. First thing I do is cut my taxes. Then tell ya all chill the fuck out. Ima get to the rest of the problems

White girl won’t slash yo tires or burn yo house. Bitch will cut yo dick

As Gertrude Stein herself might have said, “A masterpiece… may be unwelcome but it is never dull.”

Thank goodness, there were also cocktails.

A French 75 is a classic Salon era cocktail, first created in 1915 at the New York Bar in Paris, and popularized by the Savoy Cocktail Book in 1930. It’s named after the 75mm field gun, the idea being that drinking too many makes you feel like you’ve been shelled.

(Hilary and Jeremy made their lemon gin sugar mix in a jug, to make serving a crowd easier)