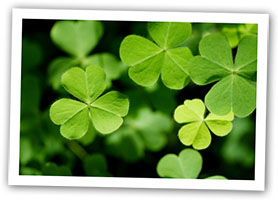 St Patrick’s Day plans are afoot in New York – the parade is shutting down half the city, green beer is promised in the bar on the corner, Kim is hosting a brunch with actual Irish Bacon, and a dancing leprechaun has been sighted in Times Square.

Whenever I see a human Hot Dog or a Dora The Explorer I am overwhelmed with pathos.

I imagine these luckless actors moving to New York, probably following an expensive and hard earned degree in Musical Theatre, hearts filled with hope that in just a few auditions, just a few call backs’ time they will be Hamlet, or Jesus Christ Superstar, or defying gravity in Wicked.

The hope still burns within. They’ve not quit yet. No waiting tables or thankless temp receptionist work for them. They’re in character, playing a role, close to the dream if not exactly living the dream, acting on 42nd street, dressed as an Elmo or a Kofte Pita Sandwich.

I have a friend who once worked at Disney as a Character Actor. Mostly this involved standing around waving to tourists while dressed in a giant furry outfit in searing Floridian temperatures. “Some days were so hot, we could only be in there 15 mins at a time or we’d literally pass out and traumatize the kids,” she told me. “Thinking about it now, it was probably the most dangerous job I ever had.”

Back in New York, the leprechaun approached Sara and I, wishing us “the luck of the Irish and top of the morning to you” in a passable accent. Next he danced a little gig. Given his oversized foam clogs, I was impressed. Sara was not.

“St Patrick’s is better in Chicago,” she said. “They actually dye the river green. Now that’s what I call commitment.”

1 ½ – 2 lb stewing steak cut into 1 inch cubes
½ cup lardons or about 8 strips of bacon, sliced
1 large onion (or a couple of small ones)
1 ½ cups Guinness
2 cups beef broth (from a can, or use water if you prefer)
2 tsp grain mustard

This entry was posted in This Dinner Will Get You Laid, Uncategorized and tagged ale, beef, guinness, st patrick's day, stew. Bookmark the permalink.