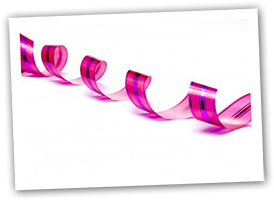 Returning from a choir rehearsal on the subway late last night I discovered quite by chance an amazing fact; my husband is a bit of a celebrity.

The carriage was half empty, comprised mostly of women like me, reading Hunger Games and trying not to weep. But this all changed at 42nd street when a man climbed aboard reading a magazine. At first nothing struck me as out of the ordinary, but gradually recognition took over; I know that cover. 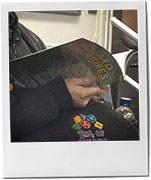 Since it was a fantasy role playing magazine, it seemed unlikely that I recognized it from browsing in a bookstore. And then it hit me: my husband drew it.

Feeling terribly proud, my first reaction was to poke the guy and let him know this fascinating fact, but wiser thoughts prevailed. I decided to sneakily take a photo instead, to bring home and show to Jon, who, like me, had never accidentally come upon the fruits of his hobby before out in the wild so to speak.

“You’re famous!” I told him brandishing my phone.

“For a given value of famous,” he said. But even so, he looked pretty happy about it.

“I have photographic evidence! This is awesome!”

Then we did a little dance around the kitchen to celebrate.

Adobo pork fillet is the kind of thing that you cook when you have advance notice of something to celebrate – enough advance notice to go to the shops at any rate. Fillet slices beautifully into neat rounds, which makes it perfect dinner party fare, while the sprightly spice brings a little fiesta to the mix. It’s the kind of dinner that’s begging for margaritas and the dulcet tones of Buena Vista Social Club.

This entry was posted in This Dinner Will Get You Laid and tagged adobo, celebrity, cumin, maps, oranges, pork, tenderloin. Bookmark the permalink.