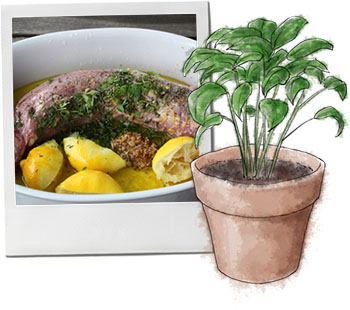 I have recently been introduced to the heady mixture of drama, romance, hopefulness and sheer desperation that is the missed connections section of the Craigslist website.

This week, one of my favorites:

To Women of New York

Thank you. For being so amazingly beautiful. Whether you were born here, elsewhere, just visiting, only work here, whatever. You still count. I take my position in Union Square park & on a daily basis am blown away with how fortunate I am to be around such perfection.

And this one caught my eye:

I am in love with the way you walk. First saw you near the yogurts and tried to get near you but baskets and carts found their way between. I walked past you in the frozen section and you picked up non-meat burgers or some sort…then I passed and I could feel your eyes follow me for about two and a half seconds. Got into line, realized I forgot some milk and by the time I got back into line you were forever ahead. I watched you as you made quick friends with the cashier and you had a dark sweater over your shoulder the entire time. Here’s to hoping you’re out there.

It’s the details that makes this so compelling. If only our man hadn’t forgotten to pick up milk, he could have spoken to her in the line, for example. And our mystery woman is buying yogurt and non-meat burgers. It’s a very particular kind of New York shopping basket thatÂ evokesÂ a very particular kind of New Yorker. I wonder if she wrote back. Do people Ever write back?

Itâ€™s interesting to think, at about the same time that I was in choosing between sweet potato and ordinary kettle chips (sweet potato, every time. I donâ€™t know why I bother with internal debate) that this drama was going on in the aisles around me.

“Supermarket romance is nothing new” sighed James. “Remember the whole baguette in your basket = single andÂ availableÂ urban myth thing? I pick up guys in Trader Joes the whole time. Looking at them in the check outline is better than 20 questions – you really see who they are. Shopping for two? Not a promising start. Dog or cat food? Red Flag – allergies. Are they vegetarian? Do they like tofu? Do they intend to cook at all, or are they going to exist on energy bars and almonds?”

Since I use the supermarket for shopping rather than for trolling for dates, I only recently discovered the joy of Trader Joes. I’d been once before when we first moved to New York, and was driven out by the insane lines that caused me to abandon my basket and run the hell away. It wasn’t quite as bad as Ikea on a Saturday morning, but it was in the same ballpark. But factors conspired to bring me back through the doors:

A branch opened in Chelsea. Itâ€™s not as busy. (Hmm. Probably shouldnâ€™t have mentioned that.)

Carole made me some grilled mini peppers. They were delicious. I couldn’t find them anywhere. Trader Joes sells these mini peppers.

And my friends were on to my â€œYouâ€™re going to TJâ€™s?â€ â€œYeah.â€ â€œCould you possibly pick me up some pizza dough and goat cheese while youâ€™re there? Oh, and maybe some sweet potato chips? â€¦â€ routine.

So I bought the pork tenderloin at Trader Joes in the morning. I marinaded it in lemon juice, olive oil and herbs from the balcony in the afternoon. Jon and I ate it in the evening. It was good. So good in fact, that the following day, I went back to Trader Joes. Bought another pork fillet, marinated it and cooked it when Ken and Carrie came for dinner.

Itâ€™s kinda an elegant dish, I think â€“ not raw and marinating, I concede, where it looks like, well, you can make up your own minds on that one â€“ but cooked and sliced into little disks, it becomes perfectly portioned out dinner party worthy food.

Pork Loin with Lemon and Herbs

Serve with a green salad and boiled new potatoes.

This entry was posted in This Dinner Will Get You Laid and tagged Craigslist, date food, dating, dinner, griddle, grill, herbs, lemon, pork, pork tenderloin, Trader Joes. Bookmark the permalink.