In Google Maps We Trust – Roast Chicken with Plums 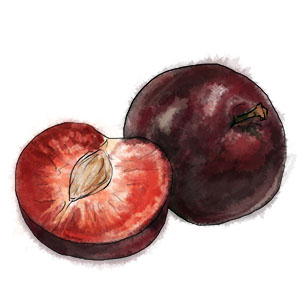 So it turns out, there are 2 places that can equally be described as the corner or 4th and something in Brooklyn, but I didn’t know that as I typed the directions into my iPhone and set off across the river following the blinking blue tracking dot.

The first 4th and something was a bar in the heart of Hipster Williamsburg where my friend Kim was waiting with wine and tickets to a night of artsy earnest fun, and, as it turned out, lesbian poetry slamming. The second 4th and something was a deserted factory next to a scrap yard for city buses guarded by fierce dogs, on the banks of a silted up canal in Gowanus. This is where I went.

And it turns out there are two places in New Jersey that can equally be described as the corner of 14th and something. The first 14th and something was a farmers market in Hoboken where my friends Jenn and Allan were selling pies and drinking hot apple cider. The second 14th and something was over a set of railway tracks, under an underpass, over a 6 lane highway at the misleadingly named Farmers Market garden center in Jersey City.

Again, I did not know this when I exited the Path train in Hoboken and typed the address into my iPhone.

I texted Jon a picture of the underpass with the message “do you think this looks right?”

“Yes. If you are in an episode of Law and Order,” he replied.

But though Google Maps can lead a person astray, on the whole, I’m heartily grateful not to have to take responsibility for my own lost-ness any more. When Jon and I lived in Warsaw during his first post-doc job I carried around a selection of maps and directions drawn on post-its. The first words I learned in Polish were Left? Right? And Where is The Palace of Science and Culture?

My particular nemesis was the old Russian Market which sprawled out from a run-down stadium into a maze of alleyways and passages. You’d find a stall selling wooden dolls right next to a stall selling guns, camouflage gear and bear skin hats. Knock off perfume? No Problem. Dried mushrooms by the basket-ful, vodka in old plastic water bottles, beads, cassette tapes, flowers, goldfish, fur coats. I have been lost in this market for hours and hours – not a bad way to spend an afternoon, for sure, but a little concerning as night falls and the gates are as elusive as ever. It was on one such evening, that I first found the Georgian rotisserie chicken lady, and ate my first roast chicken with plums. 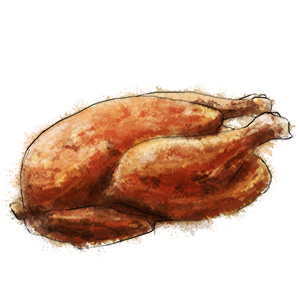