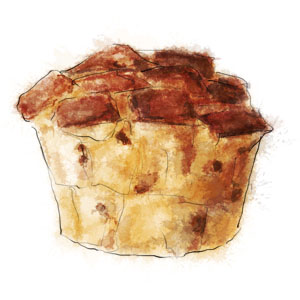 Christmas is a time for nativities, pantomimes, ballets and shows. All of my nieces and nephews have been treading the boards over the last couple of weeks, being snowmen and angels, playing carols on the recorder, dancing to Jingle Bell Rock. It was ever thus, I suppose. When we were children my sister and I hardly had an evening off in December, such was our heavy schedule of choir concerts, narrator-ing and dressing up as shepherds.

I have seriously attentive parents, who’d still, even now, travel across the Atlantic to see Fringe Theater simply because I had written the play, or fly to Paris to watch my sister sing with the school choir – they made up 50% of the total audience.

But even they couldn’t come to everything.

My sister’s synchronized swimming Christmas show was the thing they missed.

I was 16, dressed entirely inappropriately for 3 hours of sitting pool-side in black denim, Doc Martins and a green cardigan with holes in it. Oh, and a top hat, a la Slash from Guns n Roses. I sat on the plastic chair in the steam and studied my program. Sarah was the last act, and I was charged with a grave and heavy responsibility. I had to take photos for the family album.

You probably think you’ve seen the worst Christmas show of all time. It might have stared Bonnie Langford as Peter Pan, for example. A child may well have vomited up chocolate ice cream on your lap. You may have been forced to sing along, or maybe the bar ran out of vodka, or maybe you dropped your car keys down a gutter on the way out in the pouring rain. I sold programs in a theatre for 4 consecutive Christmases, so I know a thing or two about utterly wretched pantomime experiences. But let me tell you this for certain: unless you have watched a three hour long synchronized swimming Christmas Extravaganza, you have nothing on me.

Jolly music blared. Occasionally a leg would poke up from the depths. Or an arm. Half drowned children paddled in frantic circles, dove underwater, bums akimbo like ducks, and spluttered back to the surface again to gulp in huge breaths of chlorinated air.

Even the blue slush puppy I bought at the second – yeah, second – interval did not lift my spirits.

And then at last, the Grand Finale. My sister, in the littlest swimmers group, pulled on her black and yellow hat, and stood in line with all the other beginner synchronized swimmers, like a rank of bumblebees. I focused the camera. This was it. The music started. With a flourish, she jumped into the water. 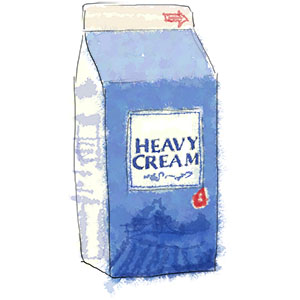 I usually bake these in a muffin tray and turn them out as individual cakes. They’re great warm with pouring cream and a grating of nutmeg. They taste as though you’ve spent all day delicately spicing, but that’s the panettone for you – they actually take moments to make.