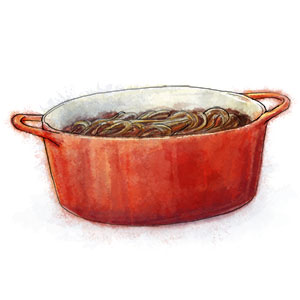 I probably sit next to a celebrity. This is one of those large open plan offices, holding several different companies, all hot desking over three floors. So on this particular day I find a spot, and a guy sits down next to me. He’s very tall, broad, handsome in his suit. His name is Anthony. He says hi. I say hi. We get to work.

About half an hour in, my boss comes round to our desks, but not to speak to me. “I’m a big fan. My son is a big fan. It would mean the word, I mean, Man, I know this is a big favor but …” He holds out a phone. So Antony calls my boss’s son to congratulate him on a game. My boss’s son is so awestruck that he literally cannot speak.

This was how I discovered that I probably sit next to a celebrity. The only question now was, which one?

How to ask politely and Britishly, who is this guy and what is he famous for? When it’s clear everybody knows. It’s not like I can just turn to him and say, Hello Antony, so I gather you must be famous. Why is that exactly?

As the day progressed I learned that last night Antony went to “a game” and went to the dressing rooms afterwards to see “friends”. Also, we’re not to mention Dolphins around him. Ugh! I’m guessing team name, not ocean-dwelling mammal from the context. All this seemed to confirm my initial guess of famous for playing American sport I am not interested in. (Just to clarify, it’s not an American thing, I am not interested in British sport either. The only footballer I could pick out of a line up would be David Beckham, and only then, if he was dressed in boxer shorts.)

But why would an American sports celebrity be working in my office? “Oh, that’s quite common,” said Yosi. “It’s a phenomenon. Within a few years, most sports stars are actually back to regular jobs.”

Antony pushed back his wheelie chair. “See you tomorrow, beautiful,” he said, as, with a swish of his fur coat, he left.

“I want to know who this guy is,” said Jon. So we hit Google. But there wasn’t a whole lot to go on. American Sports Player. Anthony.

This dish can be made in advance and refrigerated. Indeed, I think it tastes even better the next day. When you take it out of the fridge it’s easy to skim the fat from the top, then re-heat in a moderate oven until the sauce is bubbling and the pork is hot.