This cake can be baked in a loaf tin – in which case I sometimes serve it with toffee apple sauce or in slices spread with cinnamon butter, or with soft cheese. It’s very much a tea time cake after a long walk in the cold, or after a strenuous heft round the supermarket. But the cup cake version is undeniably adorable – and can be topped with whipped cream and apple puree and maybe a dusting of cinnamon. 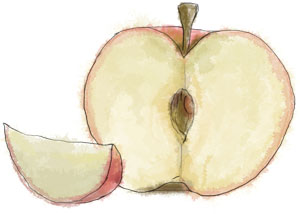 This recipe originally appeared with a reaction against too much pumpkin and a very tasteful manicure.