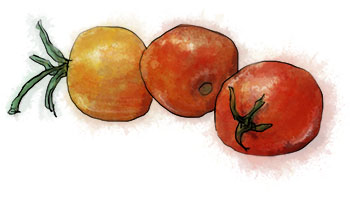 Growing things has, on the whole, been less straightforward than we thought it would be.

Itâ€™s not simply a case of these things lived and these things didnâ€™t. One of the pink plants is growing great guns, the other, in the same sized pot, right next to its brother plant in the same sort of direct sunlight, is dead. 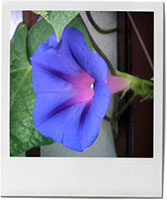 And thereâ€™s advanced and strange genetic variation. For example, the bean I planted, from a packet of seeds labeled beans. It grew. But it didnâ€™t grow beans. Instead, it put forth glorious purple flowers. An email from Jonâ€™s mother confirmed it; â€œNot a beanâ€. But how is that possible? The balcony mystifies me. But amidst the chaos, the tomato plant can be relied upon. Tomatoes just grow. Not, like the jalapeÃ±o, so many that we donâ€™t know what to do with them, but an abundant amount. Enough to share with friends, but not so many that weâ€™re have to stay in all weekend and pick them full time.

This delicious spread is what to make if you have an abundance â€“ through gardening prowess (pats self on back) or Farmerâ€™s Market bargain hunting. Itâ€™s perfect on pizza, on bruschetta, on pasta, along side cold cuts as a relish.