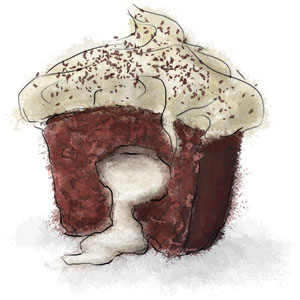 One Halloween when my husband was a teenager, he was picked to perform in a Murder Mystery night hosted by the local Rotary Club.Â â€œIt was themed around classic Halloween characters â€“ Dracula, Frankenstein, a Ghost. Someone got murdered, and the Rotarians had to guess who dun it.â€

â€œYes,â€ said Jon, as though this did not strike him as odd.Â

â€œIt took a lot of guessing, thatâ€™s for sure. Dinner started at 6.30 and went on past midnight because there were a lot of plot twists and we didnâ€™t bother to rehearse before we turned up.â€

Rotarians are good people who raise money for charity and get involved in local community causes. They do not now, and did not then, deserve anything like this. They began to lean heavily into the whiskey.

â€œBy the end of the night, I donâ€™t think they were really making serious guesses,â€ said Jon, still a little peeved. â€œThey were just yelling out â€œWas it the Bishop in the closet with the butler and the whip?â€â€

These are an absolute Halloween tradition in my house. And though you can make them with chocolate-chocolate truffles, and they will ooze elegantly, itâ€™s the white, pus-like sweetness here that ticks every box for me â€“ unexpected, gross, delicious.