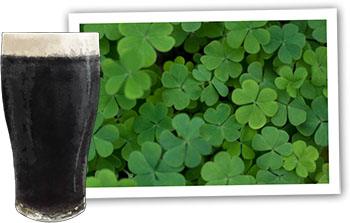 There are nights when a Guinness seems like a good idea. And there is nothing in the world that goes so well with a Guinness than colcannon cakes.

Colcannon is a traditional Irish food – a mixture of mash potato and cabbage. Slightly fancier; add scallion and parsley. For all out perfection? Add shards of crispy bacon.

Served with a poached egg, this is a pretty heartening supper.

But there is one thing better than a plate of colcannon to eat with a Guinness. And that involves crossing colcannon with Boxty (a smooth potato cake) to make colcannon cakes, fried in foaming golden butter.

My Grandmother was a firm believer in potato cakes when I was growing up. Both in their unadulterated and mixed in with vegetable forms. She’d eyeball flour into the potato mixture, until she could roll out the dough, then she would cut off vaguely triangular shapes with a knife and drop them into the frying pan as she went along. She was a one woman production line. Out of the pan, into my waiting mouth.

Sometimes I make small cakes for a party – they can be made in advance and baked in a 400 oven for about 10 mins to warm through. I brush each one with butter just before serving. And hand round lots of napkins.

(makes about 8 ice-cream scoop cakes, I’d reckon on 2 per person with a poached egg as a main course, and I’d make enough for seconds, but with a drink, I’d make them smaller, tbsp sized and get about 16) 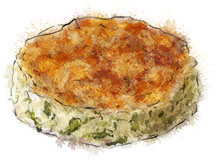 2 Responses to The Wednesday Tipple – Guinness and Colcannon cakes