This Dinner Will Get You Laid – Spaghetti Puttanesca 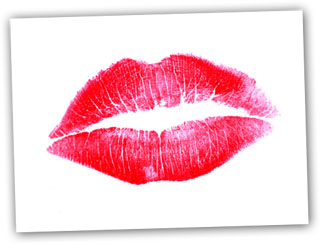 This pasta sauce is literally translated as tart’s or whore’s. The idea being, I believe, that only slovenly women would make a sauce entirely out of store cupboard ingredients. That said, there’s an alternate theory that says the sauce’s sharp salty spicy nature is conferred upon the woman who cooks it.

Either way it’s good by me.

Traditionally this sauce is served with spaghetti, but it’s also delicious poured over roasted chicken pieces, and served with a green salad.

Break open the chianti, slap on some red lipstick and prepare for some downright dirty Italian romance:

It’s simple; you make tomato sauce, you add some salty capers and olives, tangy anchovies, and spicy chili flakes, then mix it with cooked spaghetti.

2 medium onions
½ tbsp butter
½ tsp – 1 tsp sugar / tbsp of milk – these are both ways to bring out the sweetness and reduce the acidic rasp of the tomatoes. Canned tomatoes seem to usually need some help.
1 fat clove of garlic (peeled)
1 large can or 2 normal sized cans of tomatoes – I use whole plum tomatoes and chop them in the can by wiggling my knife around.

Serve with a green salad and crusty bread. Drizzle some peppery olive oil over the top.

If you’re making this for 2, I wouldn’t alter the quantities significantly. Leftover sauce can be frozen for another day, and any dinner leftovers are great cold for lunch!

This entry was posted in This Dinner Will Get You Laid and tagged garlic, olives, onion, tart, tomato, tomato sauce, vegetarian. Bookmark the permalink.