This Dinner Will Get You Laid – A Tale of Two Chickens

James the Tenor, impressed by Mark’s invitation to dinner, arrived bang on time and carrying a bag bulging with wine, a bunch of tiny black grapes from the Union Square farmer’s market and an artisanal goat cheese wrapped in a vine leaf 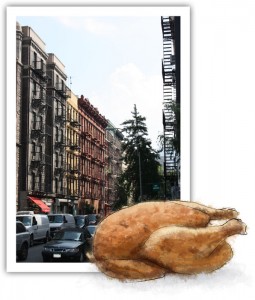 “We’re having chicken. It’s a Martha” said Mark as he opened the door to his Gramercy walk up – white rug, white sofa, Jonathan Adler cross stitch throw pillows, Ella on the iPod, Ikea peace lily on the bookshelf.

“Can I do anything to help?”

“Sure, thanks” said Mark, heading into the kitchen.

Mark pointed to a flaccid, pale and glistening chicken corpse on the counter.

“Can you joint this? I never did one before and the skin is totally freaking me out!”

Meanwhile, uptown, Grace, Amazing Grace, was enjoying an unexpectedly good 4th date of her own.

Unexpected, because she had planned in telling Alex, as gently as possible, that things were not quite working out. It wasn’t that he was bad-looking, not really, though the white socks were kind of an issue, and he wasn’t bad company, not really, though he could probably try to mention his Literally Crazy Ex-Girlfriend a little less often. It’s just that there was no spark, and Grace, though beginning to wonder whether she was walking a sensible path as 35 loomed ever closer, was holding out for spark.

There was a chicken roasting in the oven. 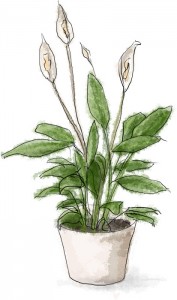 She could smell it as soon as he opened the door of his Upper Eastside railroad – blue rug, blue sofa, magazine rack made out of a wine crate, Ella on the iPod, Ikea peace lily on the bookshelf.

He handed her a glass of chilled chardonnay.

“Can I do anything to help?”

“Sure. I’m just going to finish off the polenta, but if you could toss the salad …”

She couldn’t possibly end things after that.

Two weeks later Alex bumped into his Literally Crazy Ex-Girlfriend in Duane Reed. She was even more beautiful than he remembered. He realized that missed her with all his heart. Enough to get over his slight feather allergy and learn to live with her parakeet.

He dumped Amazing Grace the following morning. Unceremoniously. On Facebook. Which just goes to show that you never can tell.

1 chicken (buy it ready to roast, life’s too short to de-giblet a chicken) 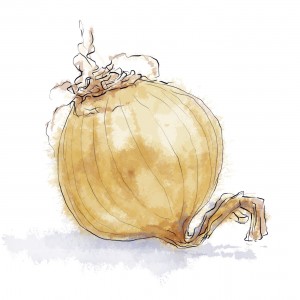 This entry was posted in This Dinner Will Get You Laid and tagged chicken, date food, Grace, James, lemon, peace lily. Bookmark the permalink.