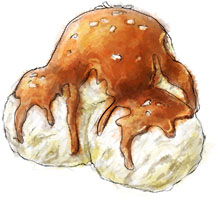 I am highly aware that this is the kind of problem that most people in the world trade me for in an instant, but recently it’s been so hot in NYC that our overworked air conditioner has been flooding the balcony.

“You didn’t know? They always take duct tape with them into space. And this one time, back in the 70s, the Command Module failed, so the astronauts took the CO2 scrubbers out, and put them into the Lunar Module so they could use it as a lifeboat to escape. But the CO2 filters were square, and the Luna Module needed round ones. So they used duct tape to bridge the gap.” 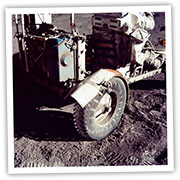 So did duct tape do the job in the swamp formerly known as our balcony? No. Not exactly. Not yet anyway, though Jon, a former Sea Scout, has not given up. “There must be a way. And I will go out there again and work it out. As soon as it gets a bit cooler.”

It was time for ice cream and encouragement.

Ice Magic was the brand name for the Greatest Thing About Being A Kid In Summer. It was a kind of chocolate sauce that you poured over ice cream that then set hard into a shell.

This is a very sophisticated adult version, though the fun of the drizzle and set, the great pleasure of cracking the topping with a teaspoon, remains intact.

The key is coconut oil, which I buy in jars from Whole Foods, but I believe is pretty easy to find in supermarkets generally.