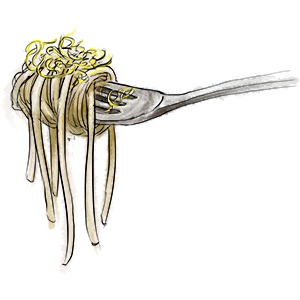 Jon, however, had other things on his mind.

“Look at this,” he said, voice serious and doom-laden as he woke me up with a cup of coffee in one hand and the iPad in the other. “This is the future. We’re all probably going to die.”

On screen, a giant robot dog marched its feet up and down, skittered from side to side, picked up a cinder block and hurled it across the room.

“Presumably they’re testing to see how the robot dog reacts to balance and force,” said Jon, all business. “It’s a backfire test. Get this robot dog, give it some serious weaponry, team it up with those humming bird-sized surveillance robots that swam about – robot Armageddon. Why are we even building these things? Don’t these engineers watch movies? I mean, come on! We all know how this ends. Not well, that’s how.”

It was a lot to take, especially before my coffee.

“I don’t know – I mean, try shooting a robot dog, see how far that gets you. I suppose we could throw water over it, hope it rusts. Or maybe use a magnet? It’s not a great plan but it’s all I’ve got so far.”

This sprightly pasta is the perfect way to evoke spring before the weather decides to co-operate – it’s creamy and comforting, but still fresh.

Enough linguini for 2 – 4 (a box for 4, half a box for 2)
A tbsp. of lemon juice per person
2 tbsp of cream per person
1 tbsp of grated parmesan per person
1 large handful of rocket per person
Lots of black pepper