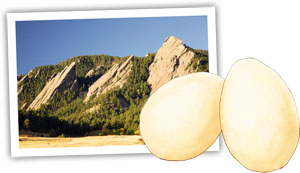 It was the end of the Summer of Love for Lizzy and J, and they emerged blinking into the golden autumn light to find that everything had changed.

The plants in her window boxes were brittle skeletons, his car, evidently feeling neglected, refused to start, the woman at her Vietnamese lunch truck didn’t recognize her or give her a free moistened towel-ette. He forgot his gym padlock combination.

These were trifling matters, but they scared Lizzy who had incubated her new relationship in a quiet harbor-side holiday cottage and now worried for its survival in the strong currents of Manhattan.

“Any moment I could be living Grease” she explained.

It started, as these things sometimes do, shortly after Lizzy had decided to stop looking for a date for all those summer weddings she was supposed to be attending, ditch the weddings entirely, and go on a rock climbing holiday all by herself. In a refreshing change from city life, half way up a mountain she suddenly found herself to be the subject of favorable statistics: 4 to 1. As muscle-y single guys fought over whose turn it was to belay her ropes one man in particular caught her eye. J had kind grey eyes. He was tall. He loved Buddy Holly songs. He told stupid knock knock jokes.

It had seemed impossible at first. She was constantly looking for the catch. Was he on the re-bound? No. Not really. It had been a couple of years since his divorce and he’d been dating, but not seeing anyone special. Was this just a holiday fling? He said not and backed up the statement by talking about plans for Halloween and even Thanksgiving. He’d taken her to a barbecue at his parents’ house.

But now it was autumn, and the mists were rather outweighing the mellow fruitfulness that Lizzy usually felt. Term had started, and J, a teacher out on Long Island, went back to school.

She saw him every weekend, and it was amazing, and she missed him terribly all week and ran up phone bills that a teenager would be proud of, but there were other more practical issues at hand; “when am I supposed to have time to do my laundry? It’s just so complicated.”

Evidently J had been experiencing similar feelings. Last Sunday he poured her coffee and made her eggs. And then, he suggested that they move in together. Find a new place that could be theirs and simply get on with their lives.

In her wildest imaginings, Lizzy had never thought that love might be this straightforward, this certain. And J was making things so easy, being so open and clear. It was terrifying.

But I can’ts gushed into her mind. I’ve only known him a few months. I’ve only just got my apartment wall painted the color I like. I don’t do reckless things like this. And then he smiled at her, and little lines creased around his grey eyes.

Love knocked her sideways – sideways and back into bed.

The ‘en cocotte’ bit of the title refers to the ramekins in which the eggs are cooked under a soft blanket of cream.

Granted, if you’re making this for breakfast there’s a very good chance that you’ve already been laid. This should increase the odds of it happening again.

It’s also a great brunch dish to feed a crowd with, since it requires no standing at the stove messing about with eggs and a skillet, and can be prepared in advance of anyone arriving.

It’s lovely for supper too, with some woodsy sautéed mushrooms in the bottom and a few drops of truffle oil anointing the top. 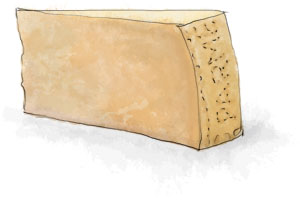 This entry was posted in This Dinner Will Get You Laid and tagged brunch, cream, eggs, eggs en cocotte, J, Lizzy, parmesan, recipe, truffle, vegetarian. Bookmark the permalink.