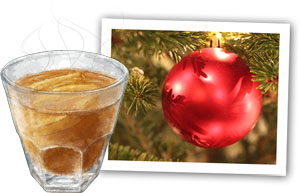 Walking home from choir through midtown I pass a veritable forest of Christmas trees. Some, like the one at Rockefeller that presides over the skaters and the shoppers, are a joyful cacophony of light and sparkle. Others, guarding the banks and corporate HQs, wear more minimalist icy accessories.

Our tree was purchased at the weekend from a stand down in the lower East Side (much cheaper) and shouldered home by Jon to its stand in the apartment, where it entirely dominates the room and makes everything smell of pine.  But here’s the thing; being British, we decorated it ourselves. 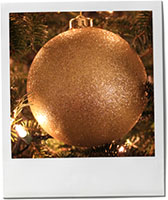 On Saturday afternoon we went to our first tree trimming party. We brought ornaments, decorated a friend’s tree, we drank champagne, and it was a party. On Saturday evening, we went to our second tree trimming party. We brought ornaments. We decorated another friend’s tree. We drank punch, and it was a party. That’s right, we decorated their trees. If you are American, you’re probably wondering what the fuss is about. If you’re British, you’ll know.  So I’m wondering how many other chores I could persuade my friends to do for me if I give them wine and call it a party; tree un-decorating perhaps?

Nevertheless, they were both lovely parties. One starring egg nog, the other starring a notorious Christmas punch that my friend Jess has been perfecting for as long as I’ve known her. There is no better thing to sip while decorating a tree – though hang the heirloom ornaments first before the apples take hold. I have re-printed her recipe exactly as it was given to me.

For Brits who can’t get spiced apple cider, mull some good apple juice with a chai tea bag or some mulled wine spices and use that.

Hi Kate, for the punch it’s 2 liters of vodka, and 12-15 apples (basically enough vodka to cover the amount of apples you have). The apples should be sliced, skin still on. Put in a bowl, add vodka and several broken cinnamon sticks for flavor. Cover. Let the apples soak for 3ish days.

An hour or so before the party, add 1 gallon of spiced apple cider. I like to get an extra gallon to add as the liquid gets consumed, or to put some on the stove for those who want to add warm to their glass. Xoxo

Star Cookies (makes 12 ish, depending on the size of the cutter)

I love star shapes, and when it comes to Christmas cookies they’re by far the easiest; no messing around with decorative icing, a star looks like a star. (For the record, my Nativity cookies were the worst, especially the donkey and the wise men, who looked like hunchback aliens. But I also have a poor track record with angels – out-sized faces – and Father Christmases – strange facial hair.)

These could be hung on a tree – in which case, poke a hole before baking them – but they’re delicious eaten around a tree, next to a tree or even when fondly imagining a tree – whatever suits. When I make them to be eaten rather than hung, I go with an assortment of star sizes – the mini ones are really cute for a drinks party. 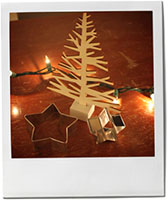