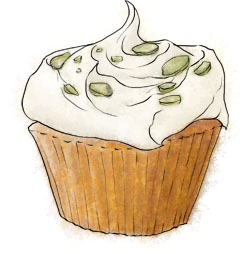 Back in New York, people are gradually beginning to recover from Friday night and emerge blinking into the New Year.

For Lizzy, romance and reality collided pretty much on the stroke of midnight when boyfriend Jay (met over the summer halfway up a mountain) sighed happily and said that his resolution for 2010 involved finding a place for them to live together. The only catch? He works way out on Long Island, and sheâ€™s finally got the walls of her upper west side studio painted a color that she likes.

â€œI may become an exile for love,â€ she fretted.

For Sara, who spent New Years Eve at a party with people who were friends on facebook but turned out to be real life strangers, reality was biting hard too. â€œ2011 is all about change. I have resolutions; Iâ€™m going to fall in love. Iâ€™m going to eat more vegetables. Iâ€™m going to read at least one novel a month.Â  Iâ€™m going to take vitamins rather than just buy them and leave them on the nightstand in the hope that Iâ€™ll absorb the goodness by osmosis. Iâ€™m going to do my own manicures and save the money and buy a Coach bag.â€

As for me? Recovering from a night of pink champagne and dancing courtesy of my Mother-in Lawâ€™s ex-hairdresser, now relocated to NY to trim the locks of the rich and famous, and his artist boyfriend, who hosted a beautiful party that even jet lag could not diminish in their Grammercy Duplex, I am resolved that there will be no resolutions.

Iâ€™ll save them for September and the full zeal of that back to school feeling that makes me want to buy a notebook, make lists of improving activities that I might take up, collect information for sewing classes and judo and the rest of it.

And, as far as Iâ€™m concerned, Christmas isnâ€™t over yet. Not until epiphany, 12 days after Christmas, when the wise men finally manage to get their camels across the desert and rock up to the manger with, as Godson Arthur put it, their gifts of Gold, Frankenstein and Myrrh.

So Iâ€™m celebrating with a cupcake that any wise man would be lucky to get his hands on; scented with roses, adorned with cinnamon cream and sprinkled with green pistachios.

All the ingredients should be at room temperature before you start. Youâ€™ll get more reliable cakes if you use scales to measure by weight rather than volume in cups.