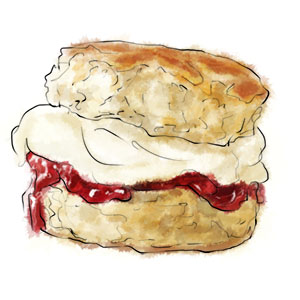 It was the American finale of Downton Abbey last night, leaving my friends bereft and concerned that Sunday Nights will no longer hold the possibility of joy or distraction. Even the upcoming Oscars canâ€™t lift their spirits.

â€œDid you live in a house like that in London?â€ they ask, wistfully.

â€œYes,â€ we agree. â€œApart from the whole horse meat thing.â€ But they’re not listening. Â I’m pretty sure most of my friends think I grew up wearing a bonnet, riding around in a carriage and taking tea at Claridges with Charles Dickens.

Anyway, I was drinking tea and putting together a powerpoint of vintage Valentines images to project on the wall at the office party last week when I uncovered these Victorian rules for flirting. One of my colleagues looked over at my deck, â€œDo you still do that in England?â€ she wanted to know. 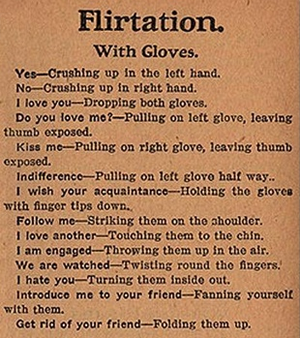