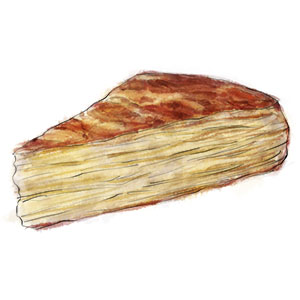 Ok, so this doesnâ€™t sound in the least bit authentic, I know, and I really was a skeptic when my Spanish friend Monica told me that she and her mother and her grandmother all make tortilla with potato chips – crisps if youâ€™re British, like me.

I was predisposed to like the idea. Iâ€™m a big fan of the potato crisp. And crisp sandwiches are a fairly regular lunch staple of mine. Apparently you can take the girl out of Wiganâ€¦ So I headed home to immediately crack some eggs and pop a couple of bags.

Add a big green salad, a bowl of olives, some cheese, some almonds, ooh, maybe a plate of ham if Jon can stop by Murrayâ€™s on the way home from the office, and itâ€™s a feast. The kind of Friday night after work what were we thinking inviting all these people over for dinner thatâ€™s actually totally achievable and way more stylish than the sum of its parts.

Thereâ€™s a more sophisticated version of this sangria in my summer rotation, but this red wine version feels a bit more appropriate for March. 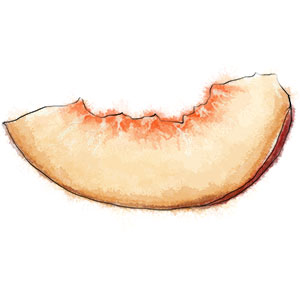 You get a regular can of peaches and blend the syrup and fruit to a puree. Pour into a jug. Add a bottle of red wine, 1 cup of Cointreau (or orange juice) and 2 cups of lemonade or Sprite. Lots of ice. Fruit to garnish if youâ€™re feeling fancy.