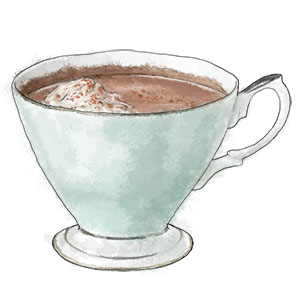 A few winters ago my sister and I put our names on the waiting list at Serendipity. Apparently it might take a while. So we went to Bloomingdales for an hour. Yeah, it was still going to take a while. So we traveled to the island and back on the tram, then we hung around for a bit, and went to Starbucks, and hung around some more, and eventually, finally, our number was up. Our table looked as though it had been designed by a 6 year old girl, which I mean as a huge complement.  We ordered frozen hot chocolate. It was totally, totally worth the wait.

This entry was posted in Uncategorized and tagged chocolate, comfort, ice cream, winter. Bookmark the permalink.