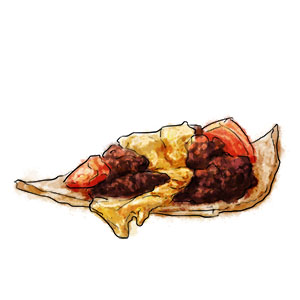 Dom, fresh off the plane from Hong Kong, was excited to be invited to his first Giants game, â€œI didnâ€™t know a lot about American sports, but I was willing to give them a go.â€

Keen as mustard, he hit up the internet to buy an appropriate outfit, chose the most flattering color, dressed up, hopped on a train and headed to Medowlands. It was only as he approached the stadium that it became glaringly obvious to him that something was wrong.

â€œEveryone was in red and white. I was in orange and black. Curse you! San Francisco and your baseball team!â€

This is more of a suggestion than a recipe, really, but here goes.