In slight resistance to the New Year feeling that’s been in the air all week I’ve been regressing, clinging onto the last of the summer; turning on the chili fairy lights, cranking up the Buena Vista Social Club.

It’s not fall yet people. 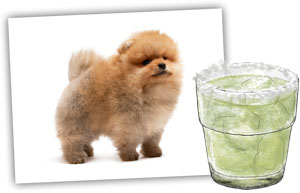 Which is good news for you, the meandering couple that I got stuck behind on Bleecker Street. You know who you are. You fretted for three blocks about which color rain boots would be the best choice to buy for your dog. But – hooray – don’t worry! You don’t have to sweat the decision right now because:

a) Summer is still here for another week or two.

b) Your dog is a Pomeranian. I hear they’re not so fashion forward. I’ve never heard one ever voice a sartorial opinion. Red rain boots. Blue rain boots. It’s all the same to them. They’re just not that into it I suppose.

c) Your dog doesn’t actually need rain boots at all. Because you are carrying it.

Go home. Have a short, sharp margarita. Put such serious concerns behind you for an hour or two.

Sure you could go with a bag of tortilla chips and have done, but do you want to miss out on a fresh hot sweet corn fritter spiked with cilantro and flecked with chili? I’m just saying …

The last of the summer sweet corn is being sold off cheaply on my fruit and veg stand, and though frozen or canned works pretty well, there’s nothing quite like the taste of fresh corn.