This Dinner Will Get You Laid â€“ An Arabian Nights Feast – Moroccan Chicken Tagine with Lemons, Cous Cous with Pomegranates and Green Salad with Oranges 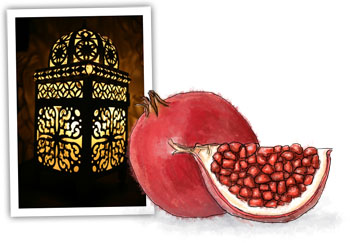 â€œIt may well have been the most depressing day of my entire life,â€ said the woman to her friend sitting next to me while water bubbled around our feet and manicurists took up their pumice stones and files with sadomasochistic glints in their eyes.

â€œI told everyone at work that I was going on this date with this guy Iâ€™d met. I had to tell them. I got changed at the office. And then just as I was about to leave he texted to say that he was sick and couldnâ€™t make it.â€

â€œYou think it was for real?â€

â€œI donâ€™t know. This is New York. Anything could happen. So for now, benefit of the doubt, Iâ€™m seeing him next week. But I couldnâ€™t go home because Gemma was having dinner with her boyfriend and Iâ€™d promised she could have the apartment to herself. I couldnâ€™t go to the gym because my kit was at home, so I was basically stuck.

â€œSo I went out to this bar near the office and had a salad and a beer and read Marie Claire, and waited it out. Then, as I was leaving I realized half the office was at a table at the front by the door eating burgers. I seriously thought about hiding, but theyâ€™d already seen me. It was a nightmare. Worse than the time I had pink panties stuck in the hood of my fleece when I went to that yoga class. I went straight to Trader Joes and bought a pound of chocolate.â€

â€œI know. What did you do last night?â€

â€œSo basically gloom all round then.â€

So to dispel the gloom all round, I hosted an epiphany party featuring my all time favorite dinner, my go to dinner for impressing my boss, for romancing my husband, for entertaining my friends â€“ a feast for Arabian Nights.

Tagine (stew by any other name) is a make-ahead special, cous cous is the work of moments, looks beyond beautiful adorned with pomegranate seeds, can be eaten cold and thus made in advance, and the green salad is frankly a bag of salad with oranges slices into it â€“ nothing challenging there. But this dinner is more than the sum of its parts. Itâ€™s beautiful, it makes for super easy entertaining, but I also believe it to be one of the most romantic dinners in the world.

I like to start my Arabian Nights dinner with a platter of nibbles that I buy from the supermarket â€“ flatbreads, olives, stuffed vine leaves, little silver bowls of pistachios and almonds, humus that I jazz up by adding a bit of Greek yoghurt and a squeeze of lemon, some tabouleh.

I sometimes make Mayan Chocolate Pots for dessert â€“ I add a pinch of cinnamon to bring the spices back from full on Aztec. But a bowl of black grapes, a plate of fresh figs, a dish of shop-bought rose macaroons or splinters of almond studded dark chocolate and cups of mint tea all hit the right note.

Part of the full on romance of this fragrant and beautiful dinner is the dÃ©cor â€“ I go for hordes of tea lights, I serve the wine in tea glasses, I make champagne cocktails with a splash of rose water, I scatter rose petals. 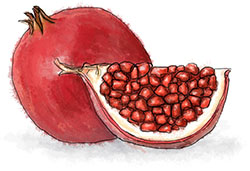 2 cups of cous cous
2 cups of hot chicken stock (from a box, though a cube is fine too)
1 pomegranate

Choose a peppery salad leaf like arugula. I usually use half arugula and half baby spinach. Mix things up by using Seville oranges, or even beautiful blood oranges. 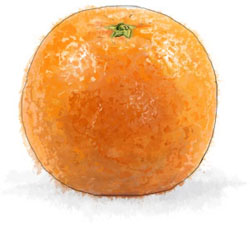 7 Responses to This Dinner Will Get You Laid â€“ An Arabian Nights Feast – Moroccan Chicken Tagine with Lemons, Cous Cous with Pomegranates and Green Salad with Oranges