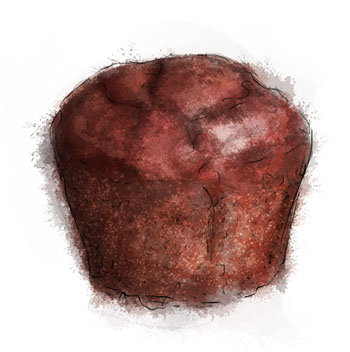 The first Bridal Shower I ever went to was for my friend Alexa. It was hosted by her mom and aunt in the restaurant of an upscale hotel, and it was as dainty as all get up, withÂ CaesarÂ salads and champagne and games and the opening of shower gifts that were mostly wrapped in white paper and adorned with ribbons and bows.

As the ribbons piled up (to be made into a bonnet by one of the bridesmaids â€“ another unfamiliar custom), it became increasingly apparent that mine was not going to be an appropriate gift. I edged closer and closer to the gift table and eventually was able to give my package a surreptitious knock onto the floor off the back.

The gifts were opened, the champagne was drunk, the guests were given take home goodie bags (!) and in the melee nobody had noticed that Iâ€™d apparently turned up at this beautiful party empty handed. I was getting away with it. And then an eagle-eyed bridesmaid spoke up; â€œEverybody, wait a minute. Weâ€™ve got one last gift!â€ Everybody stopped to watch. Alexa opened it.