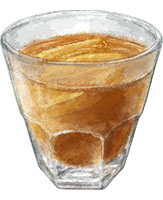 The thought of not being able to watch the Olympics on the BBC is making me consider turning to a life of download crime. Considering, mind, Iâ€™m not actually admitting to anything, just to be absolutely clear here.

My friend Kim said she could identify with this, but warned me that Kama may well catch up to me in unexpected ways. She downloaded a costume drama from a site based in Brazil. â€œAt first it was great, and I loved watching it, but then the computer started crashing.â€ The computer, I should mention, actually belonged to her husband.

At this point, her confused and embarrassed husband called her to see what the hell sheâ€™d been watching and why she hadnâ€™t invited him to join her. Finding out it was The Borgias explained a lot.

â€œThat doesnâ€™t make it any better,â€ said the IT guy. â€œIn fact, it makes it worse! My girlfriend is a costume designer. She works really hard at her job and you think you can just illegally download her work? You people make me sick! Seriously, do you just hate artists? Is that it? Do you hate artists? Do you?!â€

The experience made Kim think. â€œI have friends who are actors, and writers, and artists. I donâ€™t hate them!â€ To prove it, she bought me a drink.

Bourbon and Spiced Apple (per glass)

This is the kind of comforting, warming drink that perks up a spring evening of lashing rain, thunder and lightning. This is May, New York. Seriously.