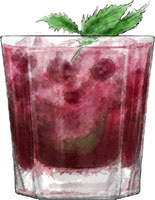 Do you ever find yourself looking at an apple and thinking: youâ€™re too perfect to be a real apple, you look like the apple in Snow White? Or at a pineapple and thinking: should I eat you, or would Chiquita Banana be offended that I ruined her hat?

This might be just me, I concede. But having gone this far in confessional, Iâ€™m just gonna come out and say it: I never eat a cherry without worrying that it might be prop food.

I had a pair of pair-of-cherry earrings, as it were, that I wore with my matching cherry print swing skirt to the Headlands Hotel disco when I was a child. And sometimes I would look at them in all their plastic glory and think: youâ€™re too like cherries to be plastic. And Iâ€™d give them a little lick just to make sure.

Cherries are fruit in a childrenâ€™s book. Somehow too Hollywood to be true.

Because I have just finished writing a romantic comedy â€“ something of a cherry version of life, I suppose â€“ we were talking about our favorites. Lots of votes for When Harry Met Sally. Lots of Votes for Bringing Up Baby. And I mentioned Crossing Delancy, a movie that I was a tiny bit obsessed with as a teenager, along with – odd mix – Heathers.

If you donâ€™t know it, itâ€™s totally worth watching, and explores one of lifeâ€™s most pressing conundrums: can a Great Grandmother persuade an Uptown Girl to find happiness with an Old Timey Pickle Seller?

His Grandfather had a garment store on the Lower East Side, and every morning as he was opening up he would see this beautiful woman crossing Delancy Street on the way to the office where she was a bookkeeper. Every day, heâ€™d watch her, and smile at her shyly, and eventually he plucked up courage to talk to her, and the rest is history.

This is a really useful blueprint recipe for all kinds of summer fruit variations – I’ve had recentÂ successesÂ with strawberries,Â passion fruit, and especially raspberries. 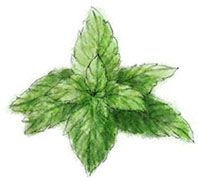