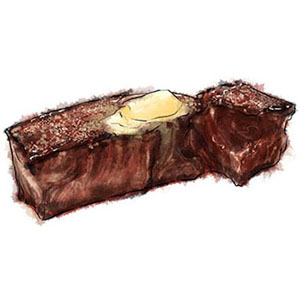 The writing business being what it is, some weeks I am mostly employed as a singer. The bulk of this takes place at St Barts, a glorious gothic-y deco-y castle on Park Ave and 50th. We wear robes. We sing with our music neatly arranged in folders. We process in pairs. We bow. Itâ€™s pretty familiar Anglican/Presbyterian stuff.

â€œI want you to feel like youâ€™re standing on Bourbon Street,â€ says Bill the conductor, as we sweat over the syncopation, writing in counts with our pencils to get the casual-seeming rhythms exactly together. â€œBut I also want a flipped R.â€ 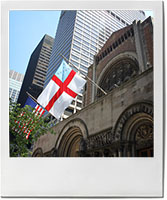 Itâ€™s almost impossible to be standing in a choir stall trying to find the right tone for a proper Spiritual if you are British. Now, fair enough, Iâ€™ve not lived there for a while, but unless things have drastically changed over the last 5 years, Britons are a people who embarrass easily. We hate to sway and clap our hands. The moment weâ€™re asked to have rhythm, we blush, and automatically donâ€™t.

JeanMarie is sympathetic. â€œIf you try to really Feel the words, then the whole things will make sense and youâ€™ll be singing it right. â€“ Lord I Wanna cross over into campground, I really wanna.â€

But Iâ€™m not convinced.

As any of my close friends or family will tell you, if Heaven involves camping, then I donâ€™t want to go there.

Itâ€™s Jonâ€™s birthday on Tuesday, which means steak. Honestly, I think if he could have steak for dinner, then some more steak with a candle stuck in it instead of a cake, heâ€™d be a happy man.

This is currently one of his favorites â€“ I make it with well marinated (in lemon, salt and olive oil) skirt steak and flatiron steak too, which is cheaper, and makes for a fabulous sandwich, but for a birthday, strip is the way to go.