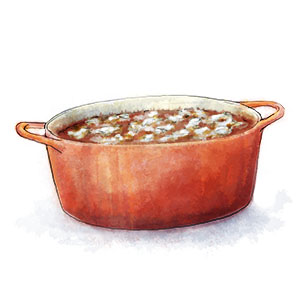 â€œIt was beautiful, and we probably climbed a bit further than we should, and then we realized it was getting dark, and really quickly, it was totally pitch black and we couldnâ€™t find the trail,â€ explained Ben.

â€œSo we decided that the best thing to do was to stay put, and sleep under a bush for the night. It was pretty bad, but on the bright side, that part of the woods doesnâ€™t have bears, so at least we couldnâ€™t get eaten by bears.â€

I was horrified. â€œThey slept under a bush?â€ This is not my idea of a holiday.

But Jon was more stoical; â€œyes, but, on the upside, no being eaten by bears.â€

â€œDid you buy milk on the way home?â€ I asked.

â€œI forgot. Sorry. But on the bright side, I didnâ€™t get eaten by bears.â€

â€œThatâ€™s the Saturday movie schedule not the Sunday one, and Diana Vreeland started already,â€ Iâ€™d whine.

â€œStill, on the bright side, weâ€™re not currently nor are we likely to be eaten by bears.â€

It puts things into perspective, I suppose. We accidentally pressed the red button. Nuclear Armageddon is imminent. But on the bright side â€¦ 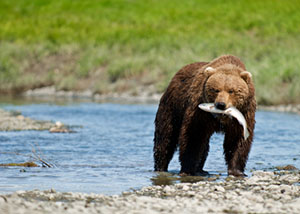 Assuming you haven’t been eaten by bears, this is the kind of dinner that you’ll want to eat upon returning from a walk in the woods. Or upon returning home from work on a Wednesday night, frankly. It takes very little time to put together, then sits in the oven being all warm and cosy, making Â a house really start to smell like a home.