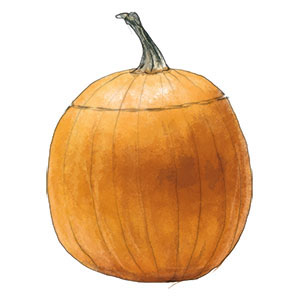 One Halloween when my husband was a kid, he was picked by his school to be in one of those murder mysteries that were the absolute Newest Craze â€“ the kind that you can still buy now in a box with a picture of roses and a dagger on the front. The local Rotary Club was having an all-proceeds-to-charity party, and he was to be part of the entertainment.

â€œIt was themed around classic Halloween characters â€“ Dracula, Frankenstein, a Ghost. We had to wear costumes, and we were given the outline of a story, we acted out someone being murdered and the Rotarians had to guess who dun it.â€

â€œYes,â€ said Jon, as though this did not strike him as odd.

â€œDid you rehearse for long?â€

â€œActually, it was a more turn up on the night and do it sort of thing,â€ he admitted.

Imagine for one moment, the horror of being stuck at a table in a mid-range suburban Scottish hotel in the mid 1990s, chowing down on your choice of starter: soup and bread roll or a very tiny glass of orange juice perhaps. Youâ€™re wearing some kind of token Halloween costume â€“ a plastic witches hat, some dingly bopper bats â€“ all forced merriment and organized fun. And then a bunch of history geek teenagers rock up to act out an improvisational murder, which they expect you to Pay Attention to, and Answer Questions on later.

Itâ€™s pretty much all my least favorite things wrapped up in one meal.

â€œWe were given dinner too,â€ said Jon, â€œand we were 14, 15 so obviously someone stole one of the bottles of wine, and I think we were all probably a little bit drunk. I donâ€™t remember a lot about it, though I do know it started at 6.30 and went on past midnight because there were a lot of plot twists.â€

Rotarians are good people who raise money for charity and get involved in local community causes. They do not now, and did not then, deserve anything like this. They began to lean heavily into the booze, as frankly, who wouldnâ€™t.

â€œBy the end of the night, I donâ€™t think they were really making serious guesses,â€ said Jon, still a little peeved. â€œThey were just yelling out â€œWas it the Bishop in the closet with the butler and the whip?â€ stuff like that.â€

For the Roasted Pumpkin

I recently made these roasted pumpkins as a vessel for beef bourguignon. They’re lovely with risotto, but you could serve all kinds of things inside them – soup, chicken stew, Thai green curry – they look ridiculously festive. 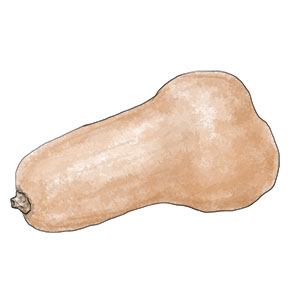