This Dinner Will Get You Laid â€“ Detox Coronation Turkey Salad 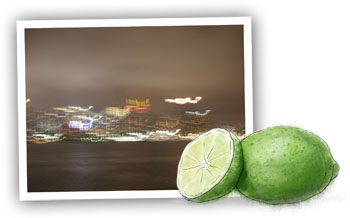 Yes, itâ€™s been thanksgiving, but thereâ€™s also been a lot of Royal engagement fun occurring. Kateâ€™s blue dress has sold out, the Tesco fake blue dress has also sold out, and the dress in Macyâ€™s that I was intending to buy on sale is sold out too â€“ too close to the soon-to-be Princess Kateâ€™s wrap style, you see, even though it was green. Copies of the engagement ring are on the shopping channel. Engagement fever is in the air.

A fact which has not escaped Sara, who phoned with something like resignation in her voice to announce the engagement of her younger brother to his long-term girlfriend. Itâ€™s been on the cards for a while. Heâ€™d bought the ring back in August and had been waiting for the opportune time. And of course she would say yes. How often do two people who both love Persian cats, rock and roll and yoga find each other?

After the family fest of yesterday, itâ€™s lovely to have a day off from relatives and from overeating, a day to hang out at home, watch movies and mull the ends of half drunk bottles of red wine. Though if there were ever an argument for hitting the shops, the sale at Victoriaâ€™s Secrets would be it.

So whatâ€™s needed for dinner is something fresh, something light, something zingy, something with vitamins. Something like spicy turkey salad with fresh mango.

Coronation Chicken was popularized by Queen Elizabethâ€™s coronation, and has been a staple of christening and wedding buffets ever since. My take on it switches out the chicken for left-over turkey, and I brighten it up with zingy limes, fresh mango (rather than mango chutney which is used in the original recipe) and lots of fresh greens.

By the by, mango is considered to be an aphrodisiac in India â€“ though they are one of the worldâ€™s largest producers of mangoes, so that might be a ploy to increase homegrown consumption. Even so, thereâ€™s something about the fresh sherbet juice and the sweet tender flesh that resonates with dreams of beach side tropical paradise â€“ about as far away from thanksgiving as we can take a pile of turkey leftovers. 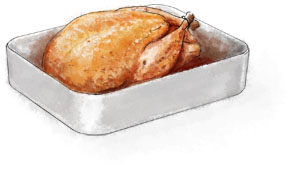