One thing that my London friends want to know about life in New York; is it true that people use their ovens for storage? 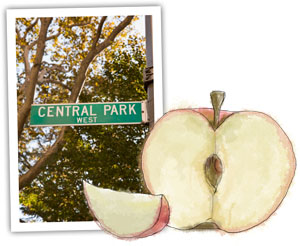 The answer is a resounding yes. The picture at the top of this blog is my kitchen – all of it. Youâ€™ll note the total absence of work-surface space and a general lack of storage. I keep plates in my oven, piling them up on the floor when I want to use said oven for cooking.

I have friends with longer term storage in mind. Laura, who always orders in and never cooks, keeps shoe boxes in hers and uses her fridge to store her makeup â€“ which is actually a really smart idea, she tells me, because it keeps things like toner and eye makeup remover at the optimum temperature. And she should know. She works for a magazine.

Roommates Tom and another Laura, more domesticated, collect 1950â€™s furniture from flea markets, burn scented candles in their bathroom, invited Jon and I for dinner. We arrived a little early in time to find them peeling the plastic lining from the inside of their oven before putting the lasagna in. Theyâ€™d been living there for three years.

Which is why I was saddened but not surprised to discover that Simon, in an effort to impress girlfriend of six months Abigail, used his oven for possibly the very first time this week.

Heâ€™d decided to cook her favorite dessert, tarte tatin. He emailed me for instructions, I sent him a recipe, then we had a long instant message discussion about pre-heating, the exact color of the caramel, whether or not to peel the apples, how thin the puff pastry should be and so forth.Â  This morning I received an email with the following heading;

The recipe had said nothing about taking an old pair of trainers out of the oven first.

Abigail arrived to an apartment that smelled slightly of singed nylon and melted plastic to be greeted by Simon with a brilliant back up plan; a loaf of French bread, a large lump of double cream brie and the remainder of the apples.

A nicer early Autumn dinner I cannot think of.

She was impressed, as who wouldnâ€™t have been, so, no thanks to me, the evening was not a dead loss.

The moral of this story? You could head out to the shops to collect the ingredients for an urban picnic, or you go with the original plan and bake a burnished caramel apple tart, or, better still, eat both – just check your oven is empty first. 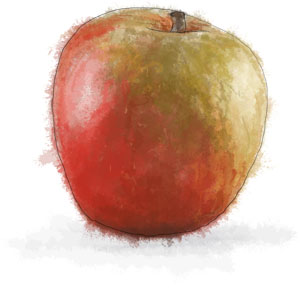 1 block of frozen puff pastry
8 tart eating apples
Â¾ stick of butter (about 3 oz)
1 cup (7 oz ish) of sugar
Oven proof pan (I have a cast iron skillet, though before I was given that as a wedding present, I used a ceramic pie dish and sautÃ©ed the apples in a frying pan first)

I sometimes make individual ones for people in ceramic pots that I bought on holiday in France â€“ I think theyâ€™re called gratin dishes. In which case, I cut the apples into chunks rather than halves so everyone gets more apple.