â€œI wouldnâ€™t say it was a good date, really. No.â€ said friend Sara as we sloshed the white cranberry juice into the shaker. 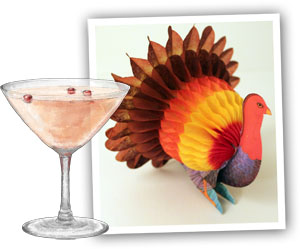 Sara, you may recall, has been taking positive action since discovering herself to be in the middle of something of an epic dating drought. She signed up for free on-line dating trials, which were certainly turning out to be trying. Hence the girl talk and cocktails.

â€œIt was a bit awkward at first but by the time I finished my first glass of wine we were chatting away. He was telling me about being in a Thanksgiving play in kindergarten where he had to dress up as the turkey. I mean, you always hear about it, but how often do you actually get to meet the kid who was the actual Turkey?â€

â€œPilgrims, all the time, but the Turkey â€¦ I mean, poor guy. But he was funny about it, so that was cool. Kinda endearing. So I said, did he want another beer? And he said, sure, and then he looked at his phone and turned pale. I thought he must have heard some terrible family news or something like that. He stood up and said that he had to go like Right Now. His tribe was involved in something on some on-line role playing thing and he was needed back at the fort.â€

â€œAnd he left me with the check.â€ She took a big sip of her drink.

A white cranberry cosmo is what to drink if you really really want a cosmo â€“ and why not? Theyâ€™re delicious and theyâ€™re pink! â€“ but you donâ€™t want to look to your friends like someone who just got off the Sex and the City tour bus â€“ though again, this is really fun â€“ I went with a German friend and his boyfriend who sang in drag cabaret, when I first came to New York â€“ the tour guide jacked us all up on cupcake frosting, took us to a sex shop and let us watch tv and sing along to Moon River.

Anyway, this is a more sophisticated, stealth cosmo for people who care about such things â€“ or for people â€“ like me â€“ whose husbands bought white cranberry juice thinking it was apple juice (donâ€™t even ask) and therefore have something of a glut.

White cranberry juice is sweeter than regular cranberry juice, which is why I use a lemon vodka. If you just have plain vodka, consider upping the lime.

Getting ahead on Thanksgiving cooking, the cranberry sauce that anoints this softly melting camembert can be pressed into service again on the Big Day. 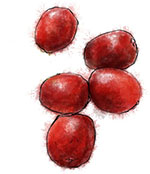 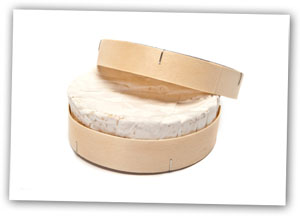