Iâ€™m pretty sure that Thanksgiving Dinner never got anybody laid. All the carbs and all the family â€“ itâ€™s a killer combination. Engaged? Possibly. Divorced? So Iâ€™m apocryphally told. But laid? Nope. The best we can hope for is that should the situation arise we wonâ€™t be too exhausted from all the cooking to take advantage of it.

Sure, Iâ€™m a Brit, what do I know about Thanksgiving?

Well, I know this; itâ€™s a roast dinner. Our grandmothers most probably made a version of it every Sunday of their lives. A turkey is just a big roast chicken. Itâ€™s not something to get too het up over. Though it is something to be seriously thankful for.

And so to the food.

1 Turkey â€“ 9 â€“ 11 lbs (room temperature. Take it out of the fridge 30 mins before you want to cook it)
2 sticks of butter â€“ one cold, one room temperature
1 box of chicken stock (homemade would be great but shop bought will be fine)
1 cup of white wine
2 large white onions
8 carrots
6 sticks of celery (or a couple of packets of pre cut carrot and celery crudities)
1 head of garlic
1 packet of fresh turkey herbs â€“ you can make your own with a few sprigs of rosemary, thyme and sage
1 orange
1 lemon
2 tsp corn-flour 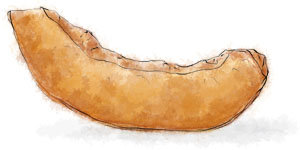 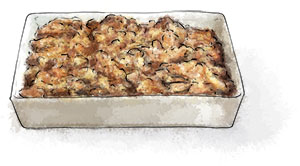 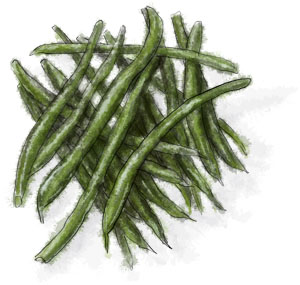 6 generous handfuls of green beans, trimmed
1 tbsp garlic olive oil (or 1tbsp olive oil and half a clove of garlic grated in)
Salt and pepper